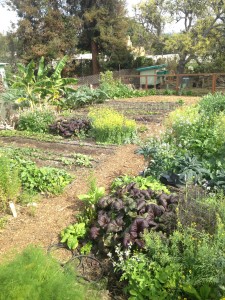 future of the city.  This is an idea that is not without its detractors.  Here in Los Angeles there is a legitimate concern that such an undertaking, done on a mass scale, will add yet another drag on an already over-taxed, scarce-and-getting-scarcer, exogenous water supply. Simply replacing our lawns (and pools) with vegetable gardens is not enough to address two of the many question marks superimposed on the maps of every city in the southwest quadrant of north America: where will we get our water, and where will we get our food?

Here in Los Angeles, there is no shortage of great minds and imaginations working on both issues.  The Los Angeles department of water and power–the largest urban public utility in North America, if not the world–is on the job with armies of the best and brightest.  They have a plan.  They have the political will to make it happen.  They have a long way to go, but I know they will get there.

That leaves the questions of food, food systems, food justice, food security, among others. Though there are similar legions of brilliant and dedicated souls looking at these questions, this is where our collective shovels go into the ground that is our little piece of the coastal plain of Los Angeles. 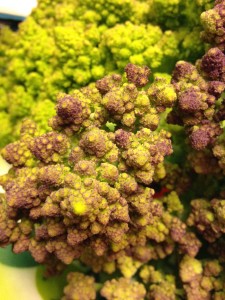 NB: There are four of us working on this project–both the growing of food and the making of messages.  Mine is by no means the definitive introduction (it may, in fact, grow, shrink, change or even disappear altogether) to whale creek urban farm.  Now, I’ll be quiet while my collaborators introduce themselves and their visions to you.